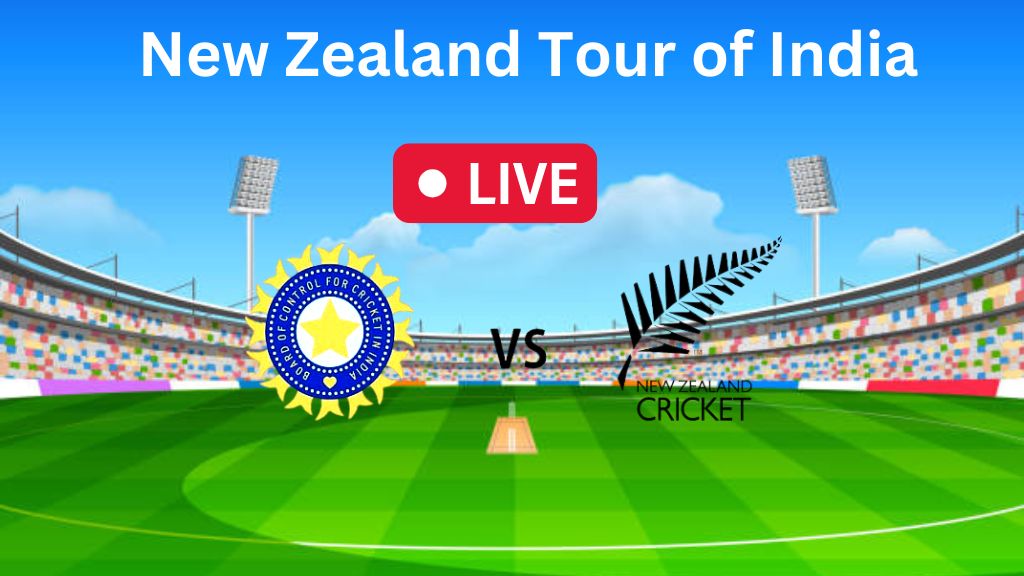 India and New Zealand will play each other in an ODI and T20I series that will start soon. There will be three ODI and three T20I games during the New Zealand tour of India 2023.

Pakistan and New Zealand are playing an ODI series right now. They also played a Test series against Pakistan a while ago. Both Tests were tied at the end.

Here You will find all you want to know about the New Zealand tour of India 2023, along with Full Squads, schedule, and live streaming details.

New Zealand’s ODI team for the tour has been made public. In the ODI series, Tom Latham will lead the team. New Zealand still needs to pick its T20I team. India has yet to say who will be on their T20I or ODI teams.

Once the BCCI has finally named the selection committee, Chetan Sharma will select the team for the ODI and T20 series against New Zealand.

India finally has five people who can choose the squad. This is the first time since the T20 World Cup in 2021 that a committee of five people will choose the team for a series.

Hockey Fan? Check out our article on the 3 Best Apps to Watch Hockey World Cup In USA.

The BCCI announced the Mastercard home series scheduled against Sri Lanka, New Zealand, and Australia. In January 2023, India will host Sri Lanka for a T20I and ODI series. BCCI released the January-March 2023 schedule on December 8, 2022.

Here is the New Zealand Tour of India 2023 Schedule and Venue.

Love to Watch the Australian open? Here is our article on How to Watch Australian Open live in USA.

There are many ways to watch the New Zealand tour of India 2023. The most popular ways are through SlingTV and ESPN+, which offer some of the greatest discounts on subscriptions and affordable streaming plans.

New Zealand and India have a long history of playing cricket against each other. The two teams have faced off in over 100 international matches, including Test matches, One Day Internationals (ODIs), and Twenty20 Internationals (T20Is).

Overall, India has had the upper hand in its matches against New Zealand, with a win-loss record of 53-43 in ODIs and 2-1 in T20Is. In Test match play, the two teams are more evenly matched, with New Zealand having won 9 of the 25 Test matches between the two sides.

Hope This article has helped you to find everything about the New Zealand tour of India 2023.

People are very excited to see New Zealand’s tour of India. ESPN+ and SlingTV are the best ways to watch New Zealand vs. India. If you want to watch your favorite team every year, these two streaming services can save you money over time.

New Zealand Tour of India 2023: When and Where to Watch live